There are many more, but here is a sampling of my work over the years.

F. Scott Fitzgerald: Only the Memories Remain There were crazy weekends with polo matches on the broad lawn played with plow horses and croquet mallets by a guest list including Ernest Hemingway, John Dos Passos, Thornton Wilder, Edmund Wilson, Charles MacArthur, and polo star Tommy Hitchcock. There were nights when former Princeton roommate Judge John Biggs had to get them out of the Wilmington jail.

Witney’s Lights Bringing the issue of domestic violence from darkness into light. (Middletown Life Magazine, Middletown, Del., Spring/Summer 2009) Quincy Lucas, now Quincy A. Rose, Ed.D., is currently Department Head and Associate Professor of Curriculum and Instruction at Grambling State University. Keep up with her on Facebook: Quincy A. Rose.

The Fish Package The introductory story of a married couple whose chosen lifestyle is to live off the land, against great odds, and their Maggie S. Myers historic Delaware Bay oyster schooner. Built in 1893, this wooden boat has never been out of commission; her captain, Frank “Thumper” Eicherly, works the Maggie on the bay daily.

Maggie Gets Her Sail The rescue of the Maggie S. Myers and restoration of her mast and sail.

Glenn Gauvry & ERDG A measure of a species’ longevity is its ability to adapt: the horseshoe crab has lived on this earth 450 million years. Glenn Gauvry and his Ecological Research & Development Group (ERDG) nonprofit horseshoe crab advocacy.

Smyrna by Candlelight Ghosts of Christmases past: a candlelight tour of the artfully restored historic Smyrna Opera House, where Frederick Douglass spoke, the Pope-Mustard Mansion, and some ghostly visits.

There’s Something About Smyrna More about the historic Smyrna Opera House, the Christmas candlelight tours, the history of Smyrna and the historic homes, and living in Smyrna.

The Treasure of the Oystering Bays A short history and lore of Smyrna and the Delmarva Peninsula, with photos.

The Gathering Place A gathering of herbs, teas, spices, books by local authors, works by local artists, and local lore.

Her Hours Upon the Stage Just after the 140 patrons left the theatre following a 2008 Easter show at the newly restored Everett Theatre, the ceiling collapsed, in one 5.5 ton slab. Middletown Life Magazine, July 2008.

The View from Taylor’s Bridge The story of the Blackbird Creek and the small group who rushed in to wage a 10-year battle, finally saving 5,000 acres of untouched, varicolored salt marsh and agricultural land within a reed’s breadth of Shell Oil’s planting a wild entanglement of refinery towers, belching smokestacks and labyrinthine pipelines there. This victory marked the establishment of the first Coastal Zone Act. The challenge to preserve this land persists as industrialists and real estate speculators endeavor to exploit loopholes in the Act. (Sadly, Jack Dukes died not long after I published this story. He was hospitable and thoughtful as well as unremitting in his battle to save the land. Louise, Jack’s wife, passed away on in 2015. I am honored to have known these two. Rusty Harvey, Delaware Wild Lands executive director, died, too, suddenly. He was the son of Ted Harvey, Delaware Wild Lands founder, and provided me with a treasure of fascinating stories about the inception of Delaware Wild Lands and the organization’s continuing conservation efforts. I am glad to have known him.)

A Precarious Outlier St. Andrew’s School, an Episcopal boarding school in Middletown, Del,, was the location for the movie “Dead Poets Society” and has long been committed to graduating young men and women with a deep commitment to environmental stewardship.

Food for Thought: A Conversation with Mike McGrath.

University of Delaware/Jefferson Medical College Grad Student Chosen to Attend Gathering of Nobel Laureates in Lindau, Germany And that’s only a bit of the story.

The Quest The Appoquinimink Friends Meeting House, a stop on the Underground Railroad.

What If Mr. Darcy Came to Dinner

A Love Story They met at the senior center.

Irene and Michael It seemed fated that this widow and widower meet.

Newspaper Profile of Me

Where I Began in Journalism: My South Bay Magazine college internship to staff writer. 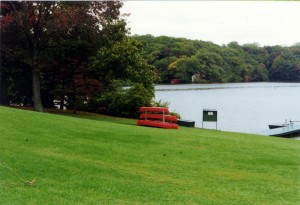 When you click on these book images, you are linked through to Amazon, and then when you buy the book on Amazon, not only does the author receive royalties, but also I receive a commission thus enabling me to buy lunch.

Click Image to Buy My Dementia Caregiver’s Journal, Vol. I on Amazon, Paperback or E-Book

The Magic of Storytelling 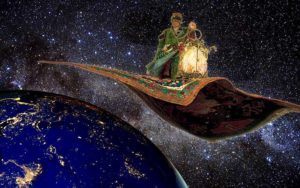